Halloween - Its origins and what it means for Christians 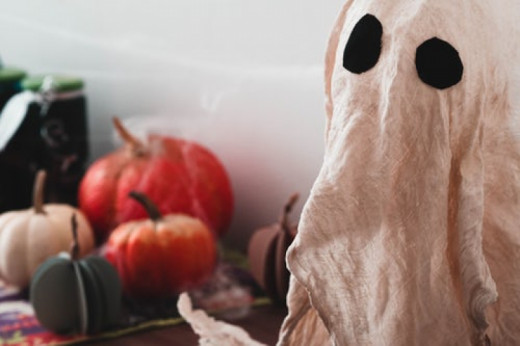 The family friendly children's version of Halloween where we embrace trick or treating, playful imagination, and make believe is thought to be fun and innocent. The darker truth behind Halloween is full of unintentional (and sometimes intentional) pagan demon worship and the glorification and celebration of death, gore, torture, sexual immorality, and all things evil. I know this sounds harsh, but it's the truth. Modern Halloween in America is a mix of secular and religious elements and traditions.

The Origin and Evolution of Halloween and its Traditions

Modern day Halloween has evolved from a collection of traditions from the ancient Celtic festival known as Samhain (pronounced Saou Win) and the Catholic holiday All Saints Day, along with many others. Samhain and All Saints Day are strictly religious holidays, observed intentionally for religious purposes, while Halloween is known as a widely and publicly celebrated secular holiday.

Celebrated by BC Celtic Ireland on November 1, Samhain (Celtic for summer's moon or the end of summer) marked the beginning of winter. The night before Samhain was thought to be a time when the veil between the world of the living and the world of the dead was thinnest. The Celtic Priests, called Druids, taught that the spirits of the dead, demons, and gods would rise from the grave and roam amongst the living on October 31, and either wreak havoc or bring blessing. Since not all spirits were thought to be kind, in order to appease the unkind spirits, they would leave food and gifts on their doorsteps and wear masks if they left the house. They would also light bonfires and disguise themselves as ghosts and ghouls to repel and confuse the spirits. The eve of Samhain was The Festival of the Dead led by a band of ruthless Druids who ruled Northern Ireland for centuries through occult terror and human sacrifices.

In the 8th century, Pope Gregory the third established All Hallows Day to discourage pagan practice of Samhain. November 1st became a Catholic holiday, All Hallow's Day (or All Saints Day), and its purpose was to honor all Christian saints and martyrs, known and unknown. This new holiday was accepted by the Celts, but they still insisted on carrying their own rituals and tradition of celebrating Samhain. The day before Samhain soon came to be known as All Hallow's Eve (later shortened to Halloween).

Old Celtic traditions were revived in 19th century America by Irish and Scottish immigrants. During a potato famine, over a million hungry Irish people and their folklore came to America. Their traditions began to change even more.

Halloween costumes are thought to have evolved from the Celts demonic or "harmful spirit" disguises during Samhain.

Jack-O-Lanterns began as an Irish tradition of bringing home an ember from the Samhain bonfire in a carved out turnip, using it as a lantern. This evolved over time and they started carving faces on the lanterns to honor their deceased ancestors and an Irish folk hero named Stingy Jack. After the move to America, when they saw that the pumpkin was more abundant, they used them instead.

Bobbing for apples was a Celtic vestigial divination ritual. The apple was associated with the female goddess of love. Young single people would try to bite the apple hanging from a string. This is similar to a bouquet toss at a wedding. The first person to bite the apple would be the next to marry. It was their way of attempting to see into the future through demonic help.

Trick or Treating is thought to have evolved from souling and guising (which originated in medieval Britain). Souling is where people would go door to door and offer prayer for dead relatives in exchange for treats. Guising is where young people would wear costumes and sing, recite poetry, tell jokes, or perform another trick in order to collect a treat, usually money or food. Trick or treating may have also started as the ancient Celtic tradition of leaving food on doorsteps to keep the wandering ghosts at bay. During 1930's America, trick or treating was more about the tricks than about the treats. People would play pranks on unsuspecting victims, usually vandalism or violence, unless they provided them with a treat. I will "trick" you if you don't give me a "treat." So basically, extortion. In the 1950's trick or treating became more family friendly and less violent.

Before Halloween was the family friendly, child/candy/costume centered secular holiday we know today, it was a strange combination of Pagan religious rituals, a Catholic attempt to prevent the Pagan worship, and other foreign traditions more focused on playing tricks on people, trying to tell the future through invoking the devil's help, and honoring and communicating to the dead.

Is Halloween a Satanists Holiday? Halloween has been celebrated long before Anton LaVey founded "the church of Satan" in 1966. Satanists only recently adopted Halloween as one of their holidays. So Halloween isn't Satanic in origin, but it is considered a Satanic holiday when referencing it being celebrated by Satanists for obvious reasons, being a day when demons, witches, and devils are glorified. LaVey has even said "I'm glad Christian parents let their children worship the devil at least one night out of the year. Welcome to Halloween."

God makes it very clear how He feels about certain Pagan practices in Deuteronomy 18:9-14. In this passage He lists detestable actions and rituals and commands His people to never imitate them. This passage is a pretty inclusive list of activities and beliefs that Halloween was originally founded on. In fact, it was for these beliefs, activities, and rituals that the Pagans were driven out of the Promised Land God gave to His people. As a Christian, in light of this passage, Halloween now repulses me.

We as Christians are to live IN the world, not be OF the world. We are Christians every day of the year, we shouldn't compromise our morals just because everyone else is. We should allow God's word to guide us. On Halloween, death and torture and gore are glorified. God has overcome the grave, we should celebrate God, not the grave. 1 Thessalonians 5:5 says "for you are all children of light, children of the day. We are not children of the night or of darkness." We are called to reject the darkness and represent Jesus well. Especially when everyone else is not. Prayerfully consider treating Halloween like an evangelism opportunity. Like opposite door to door missionaries. People come to YOUR door. Be friendly, represent Christ, preach the Gospel, hand out bible tracts, etc.

Death in and of itself is not "evil" by human definition. It is a natural part of the circle of life. Everyone experiences it, no one is immune to it. Some definitions of "evil" are: profoundly immoral and malevolent, embodying or associated with the forces of the devil, harmful or tending to harm, something extremely unpleasant, wickedness, and depravity, especially when regarded as a supernatural force, a manifestation of this especially in people's actions, something that is harmful or undesirable. Some antonyms of "evil" are: good, beneficial, pleasant, virtuous.

So death is not evil, it is normal. But celebrating and glorifying death, torture, gore, horror, and the paranormal through costume, decor, and other choices that normalize these things can cause spiritual harm and are definitely not considered good, beneficial, pleasant, or virtuous.

Is it truly innocent to allow your children to dress up and go door to door asking for candy from strangers? I believe it is not. Even if you are present and keeping them safe physically, you are teaching them it is OK to celebrate and cooperate in a holiday that was originally founded on someone else's religious beliefs; Beliefs that directly contradict the Gospel and go against a direct command from God in Deuteronomy 18:9-14.

All that being said, I do not judge or look down on my brothers and sisters in Christ who choose to celebrate Halloween with their children. Not everyone is convicted by the Holy Spirit in the same way, and we all have our own walk with Christ. I do not believe it is an inherent sin to let your kiddo dress up and take them trick or treating. I do believe, however, it would be sin if the Holy Spirit places it on your heart not to, and you disobey.

But as for me and my household... we will not celebrate Halloween.

See my article on Intentional Parenting.

History of stuff is so fascinating! And it gives such meaning to ‘traditions’ and what we do/are expected to do. I’ve come to see Halloween (through hmmm someone close hahaha) as a extra time to dress up and ‘invite’ others to our home. Never have celebrated it before knowing my husband. But love how you put it.....sharing Christ and joy and friendship with others as they come to our door. Especially teens.